How to start graduate school, by Izzie:

I had a bit of serendipity here that permitted number 4. See, in February when I started hearing back from graduate schools I had applied to, some of them invited me for a fly-out. This is where grad schools wine and dine some of their most promising applicants (not trying to toot my own horn; it’s true) to try to snag them early. Some offer fellowships to these early applicants. In order to impress the applicants as much as possible, the school puts them up in a hotel and takes them out for meals, while at the same time putting them through the grueling paces of 11 professor interviews in one day. It’s fun, but it’s exhausting.

Fortunately I had an awesome roommate. Sara and I initially bonded over not being able to use the hotel soap (we were both allergic to some ingredient or another and had brought our own). She’s a super cool lady who went straight from undergrad to a PhD program, which makes her a badass because I filled out my grad school applications last year while I wasn’t in school, and it was horrible. Anybody who applies to things while they’re in school has my respect.

Sara and I continued to bond over our love of mushrooms, which had brought both of us to MSU. It turns out that Sara’s dad took her mushroom hunting as a kid, an experience I missed out on. Well, when we both ended up at MSU, basically the first thing we did was decide to go mushroom hunting at the earliest possible moment. It might help that we’re both in a class that requires us to turn in a diverse collection of 10 fungi at the end of the semester, but honestly, we’d go anyway.

Our first forays were over Labor Day Weekend. We first hit Sleepy Hollow Park, a lovely place with a lake and beach, plus lots of walking trails (and a few horse patties). Sara is a much more experienced mushroom hunter than I am, having actually done it before, and she found some really fun specimens for us to collect! I’m pleased to say I found some, too. They just weren’t half the size of hers!

The first exciting find was an Artist’s Polypore (Ganoderma applanatum), so named because the gills start white, but bruise brown – so if you catch them fresh, you can create etched designs that stay permanently on your collection. Of course, we had to give it a go.

We agonized a fair amount over what to draw first, of course. It was a fairly momentous occasion.

I also saw the first bird’s nest fungi (family Nidulariaceae) I have ever seen in real life! I have absolutely no clue why we didn’t collect them. Sara doesn’t remember either. Ah, well. Apparently they are fairly common.

Sara also pointed out some jelly fungus. It turns out I may have been mistaking these for sap flows all this time. I think Nate and I found some bright red ones on our hike last year, but we just thought it was cool, strange sap chemistry. 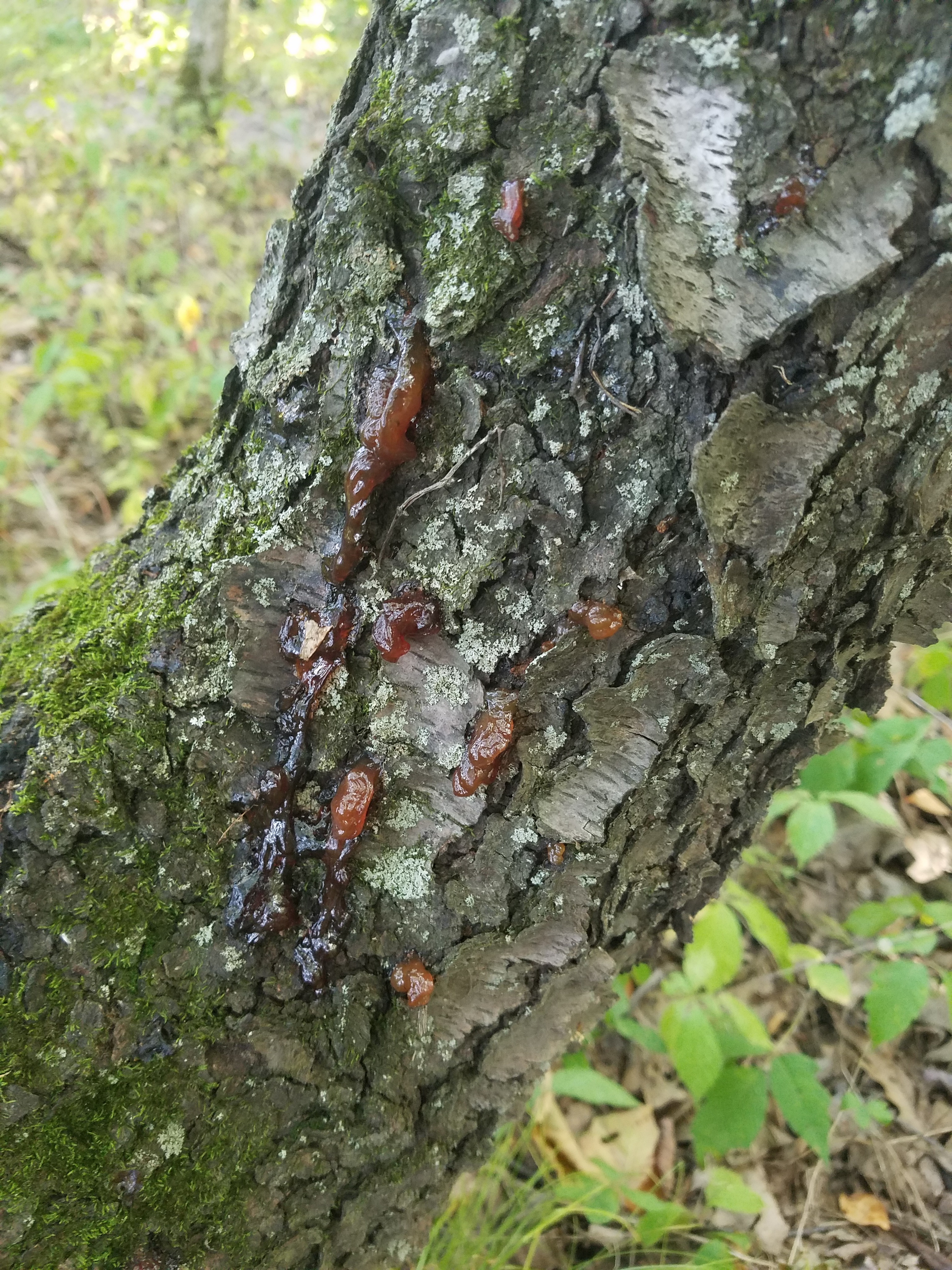 We also kept finding these individual polypore mushrooms fruiting on twigs. They were really little and very cute. We aren’t sure what they are, but that’s the fun of it! We are hoping to identify it later. 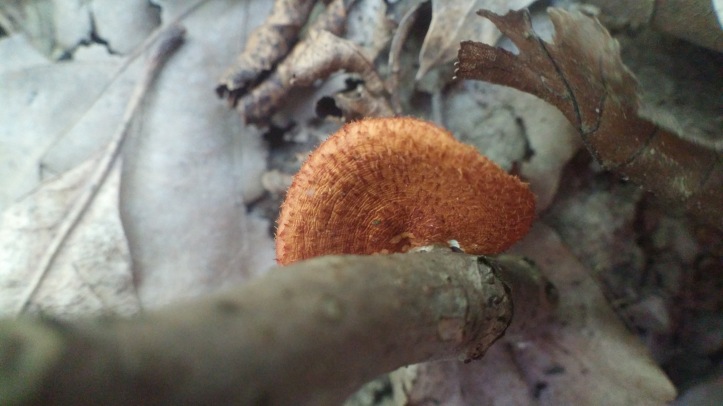 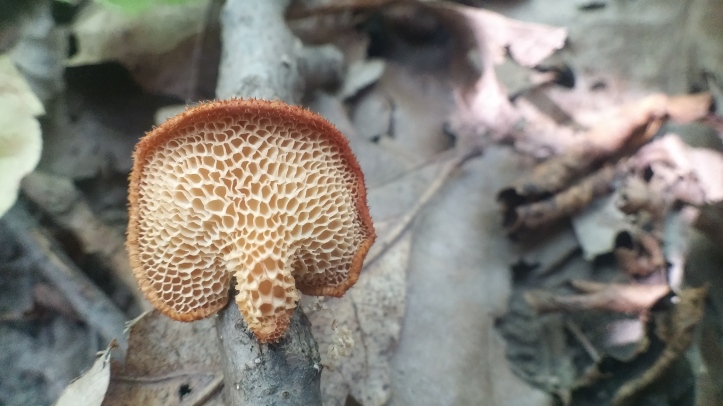 I think I also found an Amanita. It had a smooth cap and a shaggy stem, which I hadn’t seen before. The internet search led us to believe it was A. smithii, but when I tried to take a spore print, the cap… disappeared. Half of it just vanished. And it didn’t leave a spore print. I was really weirded out by the whole thing so I just threw it away, but now I know I should have taken a picture, because nobody knows what I’m talking about. Amanita caps don’t just disappear. “Are you sure it wasn’t a shaggy mane?” Yes, yes I am.

Anyway, here’s the putative Amanita when we first found it: 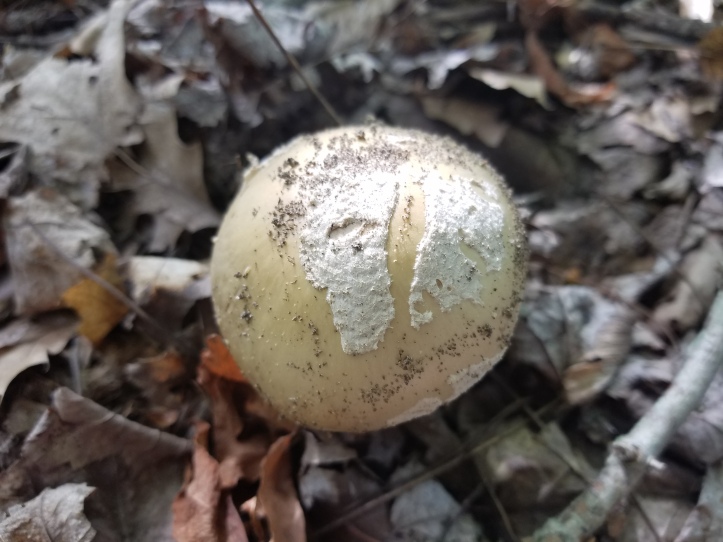 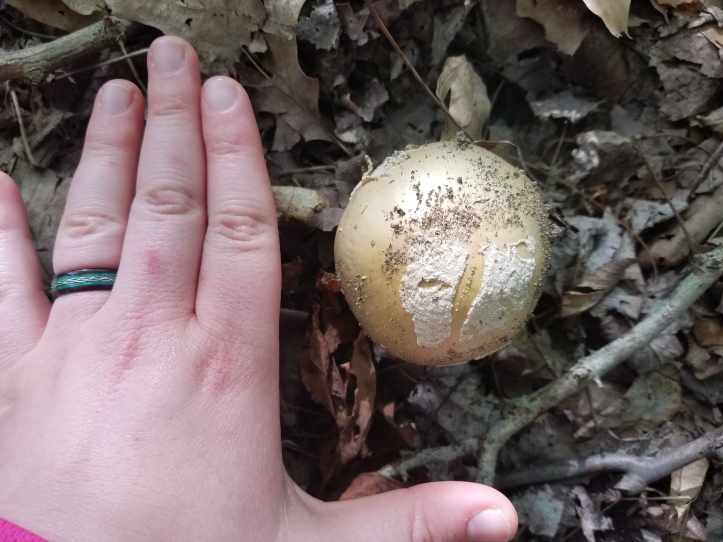 The crowning glory of the hike was when I was prying up one thing and then Sara started screaming with joy. I turned around to see another massive artist’s polypore! She didn’t draw on this one right away – it’s going into her personal collection forever and ever. 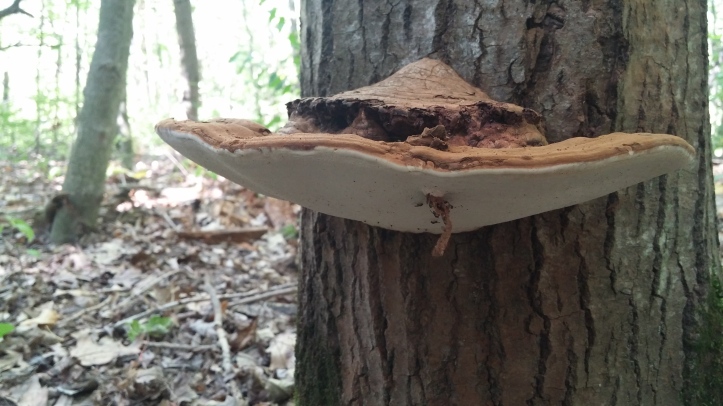 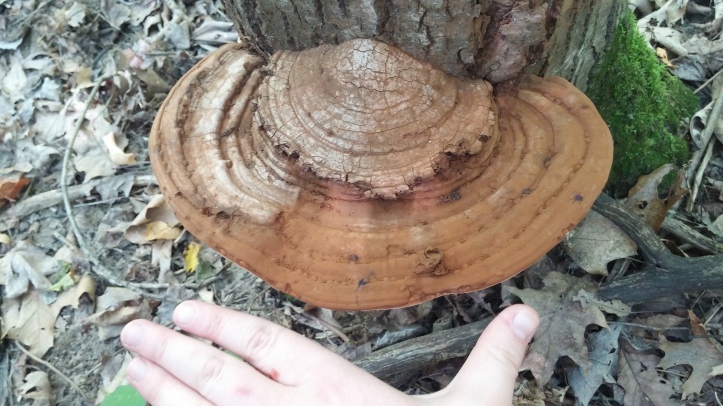 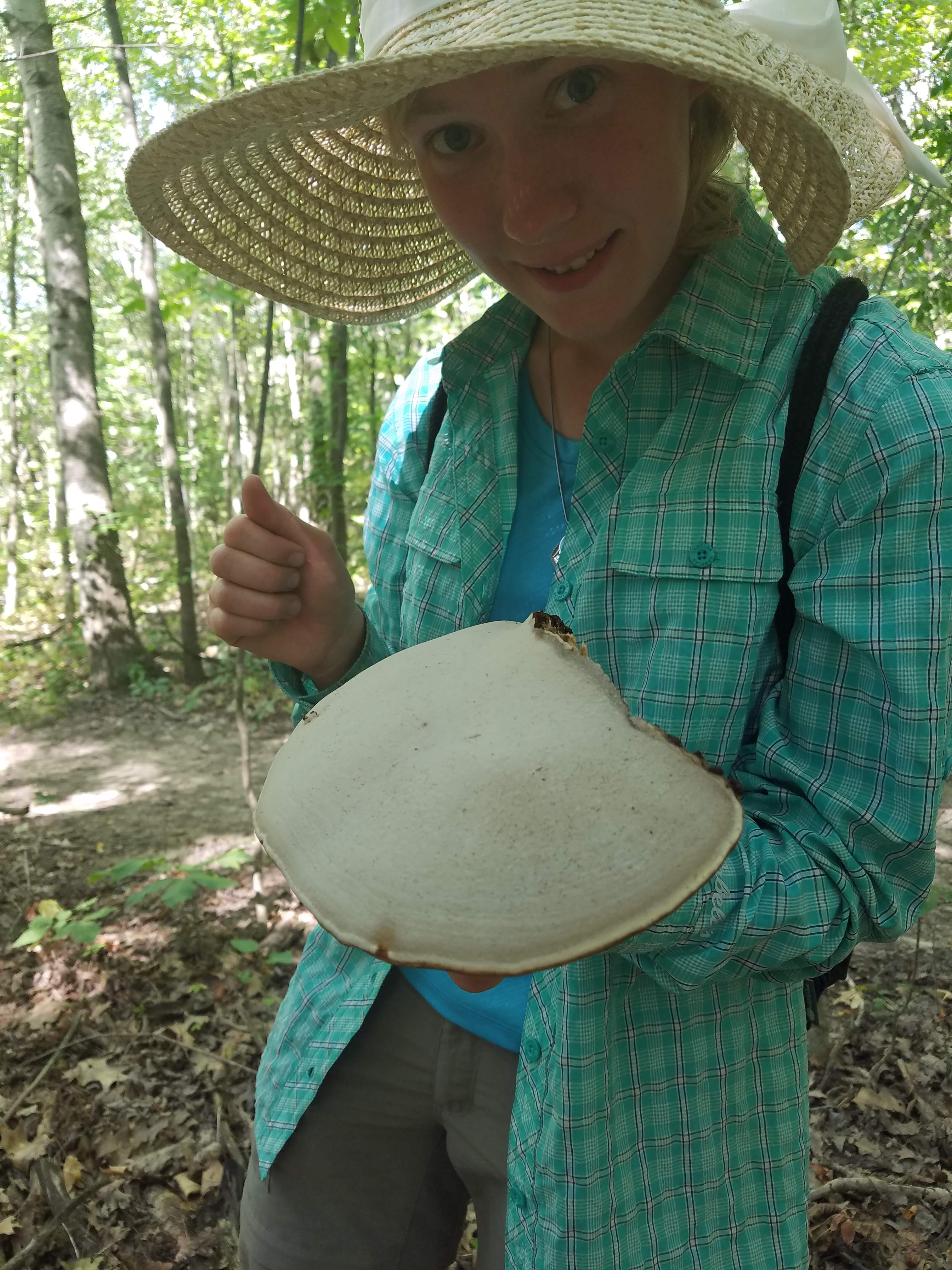 It was a really wonderful day, and a great way to start my mushroom collection! And my mushroom foray career. 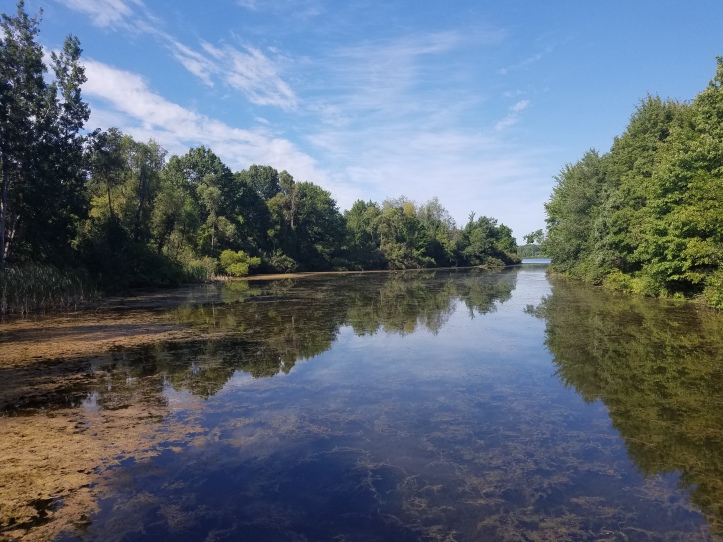 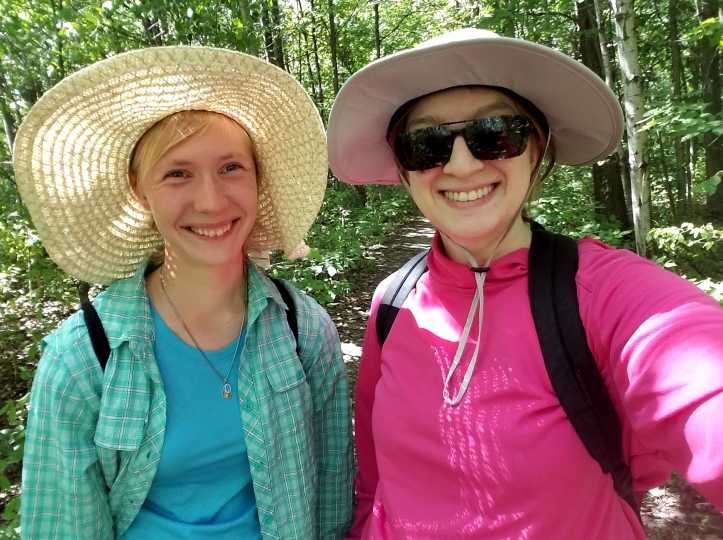