The Magical World of… Lichens

Recently my husband got a job out in California, so my mom and I went out over spring break to look for apartments. While we were out there, we made a very small detour to Harry Potter World.

Having been to the HP World in Orlando, Florida, we were well prepared for most of the magic and we didn’t have to wait in super-long lines to experience butterbeer – which, by the way, is best served hot. (This is a big debate but that’s the side I’ve picked!) What we weren’t prepared for… was lichens!

At Harry Potter World, whether in California or Florida, there’s a main ride, right? In Florida it’s set in Gringott’s, so you get to walk through the marbled splendor of a massive bank. But in California the ride takes place in Hogwarts itself, and visitors get to walk through the underbelly of the school, walking through stone tunnels that are designed to look like they were hewn from stone. And in some places on the stone, you can see… lichens!

There are a couple kinds of lichen you can find under Hogwarts, apparently. There are flat, milky-white, somewhat transparent and vaguely circular spots. These are pretty obviously painted straight onto the, um, stone. 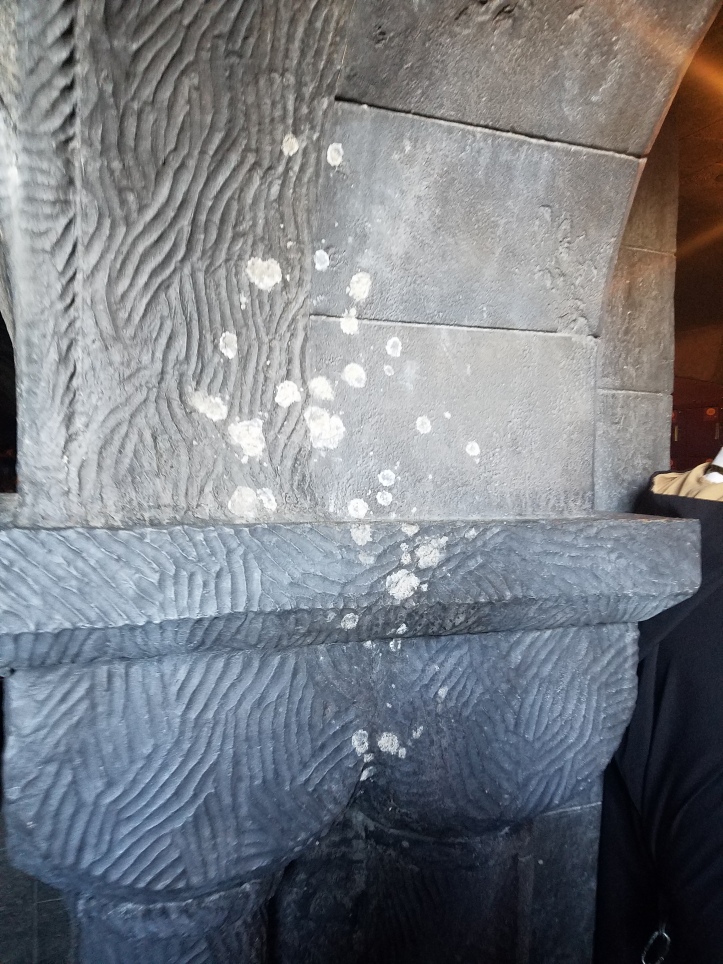 But then there are these green and yellow ones that took me off guard for a sec. They stand up from the stone a little ways, looking fairly crumbly and highly textured, like that plaster popcorn they used to put on ceilings. 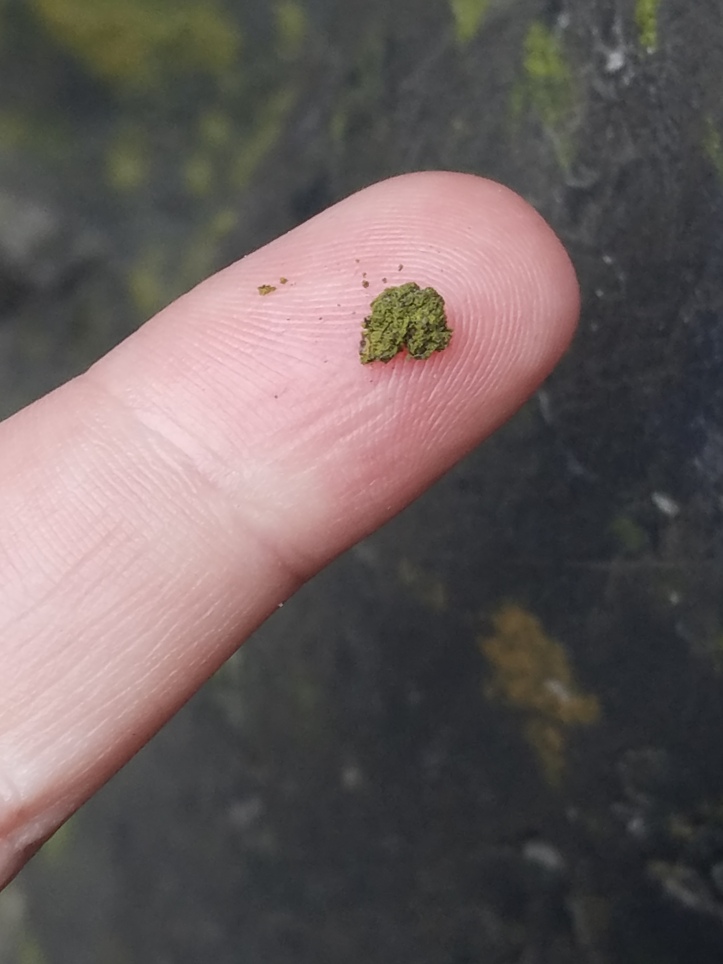 This is what gets me, as I stand in line with my mother. Other visitors are marveling at the talking paintings, but – except for a very important interruption when I had to tell the twelve-year-old in back of me that the man with the sword was not just any previous headmaster but Godric Griffindor himself (obviously!) – mostly, my mom and I are talking about the lichens.

See, there are several kinds of lichens. If you listened to Episode 3, Lichen Subscribe, then you are familiar with the basic structure of a lichen. It’s basically a photobiont sammich on fungus bread. But there’s still a lot of freedom in the form that lichens can take. Some of the most common are foliose, fruticose, squamose, and crustose fungi.

Foliose lichens look like foliage – their edges are curled and leaflike, almost like the lichen is a very long ribbon that’s been gathered at the edge it’s attached to the substrate. They also have a clearly defined ‘top’ and ‘bottom’.

Some of them can look like large leaves at a glance, until you get close and see their veiny surface or tiny, round reproductive structures.

Fruticose lichens have a little more upward structure. They are often highly branched, like tiny trees, and the branches are cylindrical.

Sometimes they look like roots of a small plant that have been pulled out of the ground and hung on a tree.

Trumpet fungi are also an example of fruticose lichens.

The last major type is the crustose lichen. Like the name implies, these hold tightly onto the substrate like a crust.

As Mom and I stood in line, we resolved to enjoy the ride and then look around the rest of the park for lichens. Since Hogsmeade and Hogwarts are fairly new to the Universal Studios Park in California, it seemed unlikely that lichens, which are notoriously slow-growing, would have gotten so well established. Plus, the white lichens were very clearly painted on.

Throughout the rest of the day we kept our eyes peeled, but didn’t see any other lichens. Hence, the thought-provoking nature of the Hogwarts ride lichens is very real, but the lichens themselves are not. When I got home, I searched the Harry Potter Wiki to see if lichens are ever mentioned being at Hogwarts or being used in Potions class, or some such. Turns out the only lichens mentioned in the whole Wizarding World are ingredients in “Lowdour”, the invisible deodorant stick briefly mentioned in Order of the Phoenix. Supposedly you can find a box of Lowdour in the window of a shop, but I didn’t see it while I was there. Oh no, I guess this means I have to go back…! Let me grab my cloak!